Community Connections has made me feel optimistic 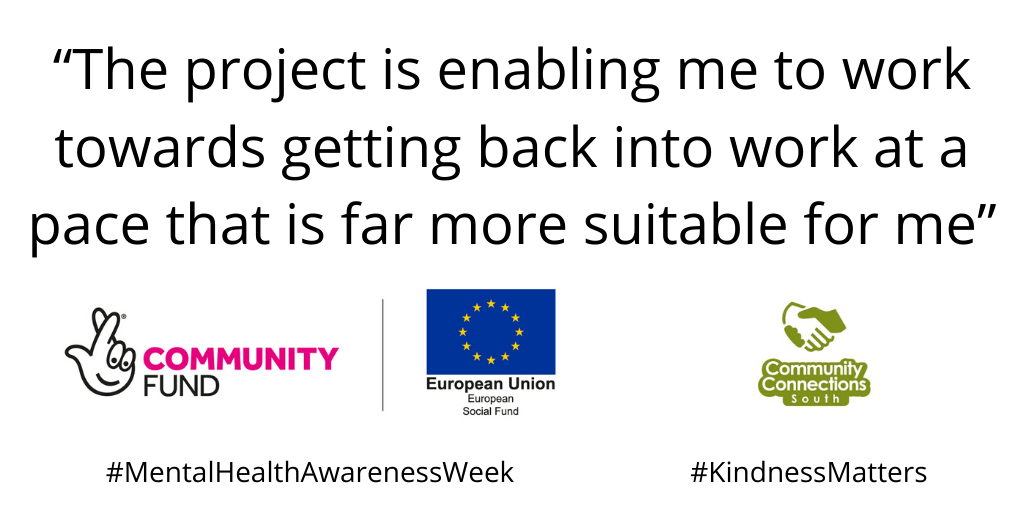 Sustained mental health issues hampered Taron’s education. But he is now feeling more confident and optimistic thanks to his work with Community Connections South.

"I first heard about the Community Connections South Project through the National Autistic Society. I didn’t know there were organisations that could help with me moving forward and getting back into the workplace.

At the end of secondary school, I started to suffer with anxiety and depression and then mental health issues during the first year of A-levels. I had a breakdown and became withdrawn.

I dropped all my subjects, except one, and became very reclusive. Things started to settle down and after discussions with my family, I wanted to change my situation.

I went back to do A-level Art and then I started a degree course in illustration. But during the first year of university, my mental and physical health deteriorated which lead to a three-year course taking six years to complete.

Since leaving university, I have been out of work for an extended period of time due to mental health and being treated for obsessive compulsive disorder through Cognitive Behavioural Therapy.

I have been diagnosed recently as being on the spectrum which put things into a bit more perspective.

It has helped me feel more confident and I am now volunteering with a local charity that helps teach people basic computer skills.

As a result, I represented the charity at a meeting of the Cambridge Mental Health Network. I had a little trepidation to begin with but everything went really well.

As a result of the meeting, we may well be supporting charities with their IT needs which I would like to be involved in.